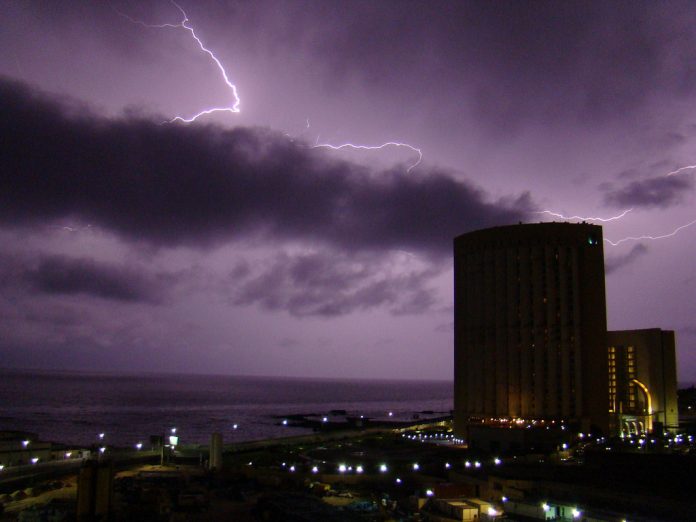 Josep Borrell, High Representative of the European Union, sent a joint statement and Italian, German and French Foreign Ministers has called for a humanitarian truce in Libya in Ramadan. The statement indicated that the signatories want to unite their voices to those of the UN Secretary-General Guterres and his Acting Special Representative for Libya, Stephanie Williams, in their call for a humanitarian truce in Libya. In the same week, the United States and Russia said they could not support a United Nations Security Council resolution calling for a ceasefire in Libya, also diplomats said, as mortar bombs crashed down on a suburb of the Libyan capital, Tripoli.

On the other hand, Russia objects to the British-drafted resolution blaming eastern Libyan commander Haftar for the latest flare-up in violence when his Libyan National Army (LNA) advanced to the outskirts of Tripoli.

Trump administration and Russia are blocking efforts to win binding UN Security Council backing for a global ceasefire. António Guterres, the UN secretary-general, called for an immediate end to fighting involving governments and armed groups in all conflict areas almost one month ago. “The fury of the virus illustrates the folly of war”.

Guterres said we need universal truce from dozens of countries, including leading US allies such as Britain, France and Germany, on the other hand, Emmanuel Macron, the French president, has proposed a draft security council resolution which attempts to overcome US and Russian objections by, in effect, making it impossible to enforce.

US objections arise from White House, Pentagon and State Department concerns that an all-encompassing measure could hinder their ability to prosecute military operations against terrorist groups, for example, the Government of National Accord (GNA) resumed Sunday military operations( second stage ) that aim to retake Tarhouna city from Khalifa Haftar’s forces, by using Air Force warplanes carried out two airstrikes on locations and military vehicles for Haftar’s forces in Al-Masahba area in Tarhouna.

The clashes continued in an outlying area of the town for up to six hours, the Government of National Accord (GNA) did that because marking a possible turning point in their attempt to fend off a year-long offensive by Haftar’s Army.

The Air Force warplanes had dropped down leaflets writing but two languages (Arabic and Russian)the objective of the leaflets to giving an ultimatum to fighters and mercenaries of Haftar’s forces to surrender their to avoid the city bloodshed and destruction. They wrote those who surrender will be safe and urged the residents of Tarhouna to stay away from clashes’ zones and to remain at home.

Tarhoona, is a Libyan town 65 kilometers (40 mi) to the southeast of Tripoli, in the Murqub District. The geographical boundaries, from the “Valley of the famm Molgha” west to “Burkaat Oueny” eastward. Then from the “Suq al Juma (Al-msab`ha)” north, “Al-mzawgha and Marghna” south, the population about was calculated to be 13,264 in 2011.

Russia’s president, Vladimir Putin, is believed to have similar reservations regarding the impact on Russian military operations in Libya unacknowledged support for proxy groups and non-state militias.

The U.S is also concerned that a blanket ceasefire could inhibit Israel’s ability to engage in military operations throughout the Middle East especially in the country that faces a warlike Libya Syria.

More than 50 governments have also backed Guterres’s initiative, including several Nato allies, which the US and Russia declined to sign, they expressed concern that the UN security council had yet to take action.

Air Force warplanes carried out over 20 strikes targeting Haftar forces’ positions in the city, destroying many vehicles and killing as well as wounding several fighters, by the military source close to Volcano of Rage Operation.

The air defenses had shot down a Wing Loong drone as it was striking civilian targets in the vicinity of Abu Grein town. On the other side, UAE support Haftar’s forces the drone was provided with loaded with missiles but shot down before returning to where it took off from.

UAE had sent more than 100 shipments of arms to Libya by air since mid-January, despite a UN arms embargo against the war-torn country. However, the airstrikes near Sirte marked the first time that the UAE is operating drones to support the rebels. Due to that, several fighters from Haftar’s forces had been killed and injured in attacks on their positions on the coastal road of Al-Wishkah. LNA forces control eastern and southern Libya and have been positioned around the outskirts of Tripoli for a year.

According to that US continues to prevaricate, while negotiations continue. Kelly Craft, US ambassador to the UN, expressed support for a global truce earlier this week and she hoped the French resolution could be agreed soon, possibly this week. But Macron said, hopeful Putin would also come on board and that a video summit of the five permanent members of the Security Council would be held to announce their agreement.

In addition, if the big powers can choose to ignore an UN-mandated global ceasefire when it suits them, analysts warn, then non-state actors and terrorist groups may decide to do likewise.

At the end we need a humanitarian truce in Libya, all the Libyan citizens want to get inspired by the spirit of the Holy Ramadan, also we need from the parties to look for a political solution to the conflict, and unite their efforts to face the common enemy which the current Coronavirus pandemic risks represent in the interest of the whole country.