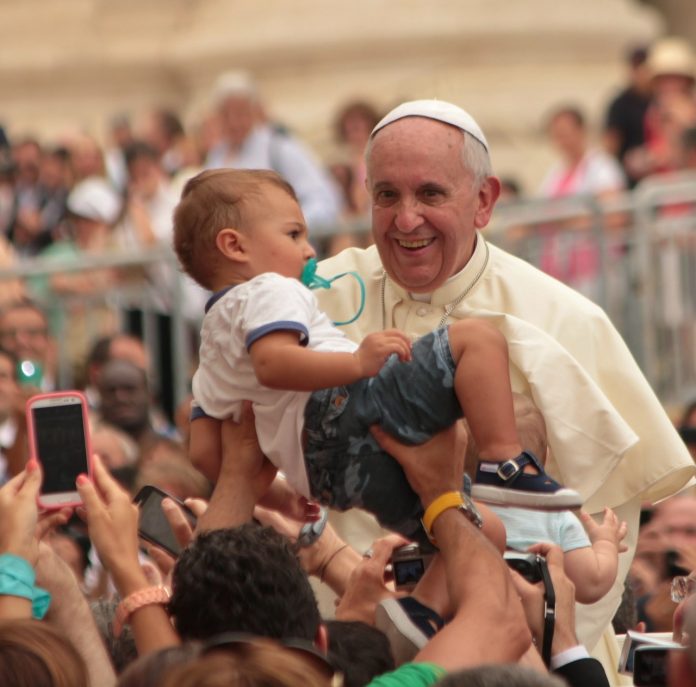 This past week, I delivered one of the opening addresses at a conference in Abu Dhabi dedicated to creating understanding and building relationships and mutual respect among the world’s religious leaders. The conference coincided with Pope Francis’ historic visit to the United Arab Emirates and his signing with the Sheikh al Azhar, Ahmed al Tayyeb, of a document committing them both to work to build “Human Fraternity.”

I was pleased to have been there and to have had the opportunity to participate in these events –because if I had to rely on the Washington Post’s non-account of the Pope’s visit, I would never have understood the significance of what transpired over those three historic days.

The New York Times was the only US daily to cover the visit – and its treatment was mostly fair. The Times did address the importance of the visit, while still insisting on seeing the combination of the Pope and the UAE as convenient pegs for remarks about the UAE’s opulence, the war in Yemen, the Catholic church’s sex abuse problem, and Pope Francis’ conflicts with his conservative opposition.

All of those issues are important and should be covered (or it may be more correct to say “have been covered many times over”), but certainly not at the expense of diluting the enormity of what was unfolding during Francis’ short visit.

In the first place, the Pope came to the Arabian Peninsula, to a Wahhabi Muslim country, to celebrate mass in a stadium – with 35,000 in attendance inside the stadium and another 100,000+ assembled outside. This was too big and too historic to be dismissed, as some suggested, as a PR stunt by the UAE to “burnish their image as a tolerant society that promotes religious freedom” or as a way for the Pope distract attention from the church’s sex abuse scandal.

How big was it? Just ask the UAE’s nearly one million Catholics. For them, it was not only the excitement of seeing their beloved Francis, but it was also a validation of their faith and as a clear a message as could be ever be sent that their freedom of religion is secure in the UAE. What they found especially heartening was the fact that the UAE government Ministers attended the mass and exchanged with others the “kiss of peace” as a gesture of solidarity.

These weren’t the first such signs of respect shown by the UAE for the Christian community. In the mid-1960s, Sheikh Zayed built the first church for Catholic expats living in Abu Dhabi. There are currently 40 churches (and, in addition to Catholics, there are Protestants, Orthodox, and Evangelicals). And UAE government officials frequently attend services on Christmas and other special events. In the face of growing concerns with extremism and violence against Christians, the Pope’s visit and the reaffirmation of official support for the community were deeply affirming.

On the day before the Mass in the Zayed Stadium, Pope Francis and the Sheikh al Azhar cosigned the Abu Dhabi Declaration – entitled a “Document on Human Fraternity.” In that document, both clerics call on their co-religionists to “stop using religion to incite hatred, violence, extremism, and blind fanaticism and to refrain from using the name of God to justify acts of murder, exile, terrorism, and oppression.”

In his statement before signing the Declaration, Imam Ahmed al Tayyeb urged countries in the region to “Continue to embrace your brothers from Christian sects everywhere, as they are our partners in the homeland.” Christians, he added should not be viewed as “minorities”, but as equal citizens. In his remarks Pope Francis not only spoke out against the scourge of war, specifically mentioning devastating conflicts in Yemen, Syria, Iraq, and Libya, he also echoed the Imam’s call for “societies where people of different beliefs to have the same rights of citizenship.”

The Declaration affirms this point, saying “The concept of citizenship is based on equality of rights and duties, under which all enjoy justice. It is, therefore, crucial to establish in our societies the concept of full citizenship and reject the discriminatory use of the term minorities which engenders feelings of isolation and inferiority.”

There is no doubt that these two prominent figures meeting and committing to work to promote religious freedom, mutual respect, and full inclusion of all faiths as equal citizens in their countries can have an impact. But the “icing on the cake” was the two days long “Conference on Human Fraternity”– a gathering of 600 religious leaders and opinion shapers that concluded with the meeting of the Pope and Sheikh. Among the participants were Christians, of all denominations, Muslims, Jews, Hindus, Buddhists, Sikhs, and Jains.

In recent years, there have been a number of interfaith sessions in the UAE involving the three Abrahamic faiths. This effort, however, was more expansive and its rhetoric was bolder in scope. It was about finding the common ground and respect necessary to build a human family.

The very fact of the meeting was historic. In the face of disturbing worldwide evidence of intolerance and violence born of hatred and with some groups turning religion into a rigid political ideology or weaponizing religion into a tool of repression or war – the conference presented a direct challenge to extremists everywhere.

Some Western observers have made light of these gatherings or have been cynical about the UAE’s creation of a Ministry of Tolerance, or the UAE declaring this to be an official “Year of Tolerance.” In my remarks at the opening of the conference, I questioned the arrogance that is at the root of this cynicism.

“All of us,” I observed, “East and West, are facing similar challenges. No country is immune, and no society or faith community is innocent. There are Christian fundamentalists, Muslim extremists, Jewish extremists, and Hindu nationalists.

“There are some in the West who point an accusing finger at the East. And, to be sure, there are problems to point at: ethnic and religious minority communities have been targets for violence and victims of discrimination, their labor is exploited, their human rights are denied.

“But with Islamophobic, Anti-Semitic, homophobic hate crimes increasing in the US and Europe, with incidents of racially-motivated violence occurring with disturbing frequency in the US – we need to do less finger-pointing and more looking at ourselves and then turn not on each other but to each other – and understand that we share a common problem and can benefit from working together to find solutions.

“And so I begin by asking us to approach this engagement with humility, recognizing the truth behind the delightful Italian proverb that says ‘everyone has their own fleas.'”

I attended the events in Abu Dhabi, with the clear recognition of the fact that just a century ago, the Papal visit, the Declaration and the Conference, with its stated purpose, could not even have been imagined. One of my favorite theologians, Theilard de Chardin, had a remarkable way of seeing the unfolding of human history and the expansion of human consciousness and collective self-awareness. In looking at the mess we see in today’s world – Theilard would caution us not to despair. It’s not that things are worse than they’ve ever been – it’s just that we are more aware than ever of the injustice, bigotry, the violence and pain we cause one another.

At the same time, this expanding awareness of the world has given rise to a new consciousness that has led us to create vehicles for change that never existed before to promote universal human rights, advance healthcare, protect the environment.

In light of this, I think about Sheikh Zayed partnering with Jimmy Carter to cure diseases in Africa or Lamia Makkar, a young Egyptian-American high school girl in the Emirates working with her friends to raise the money needed to build a school in Haiti. Even imagining actions of this sort would have been impossible a century ago. Now, large and small, they are happening every day, in every place. They are clear evidence of the expanded global consciousness that is transforming our human relationships. That was why the Papal visit and the coming together of religious leaders were so important.

Of course, one visit, one Declaration, and the conference will not produce the change we need. But they do serve to continue the expansion of our awareness of each other and to build the relationships we will need to create the human fraternity that Pope Francis and the Sheikh al Azhar envisioned in their joint statement.