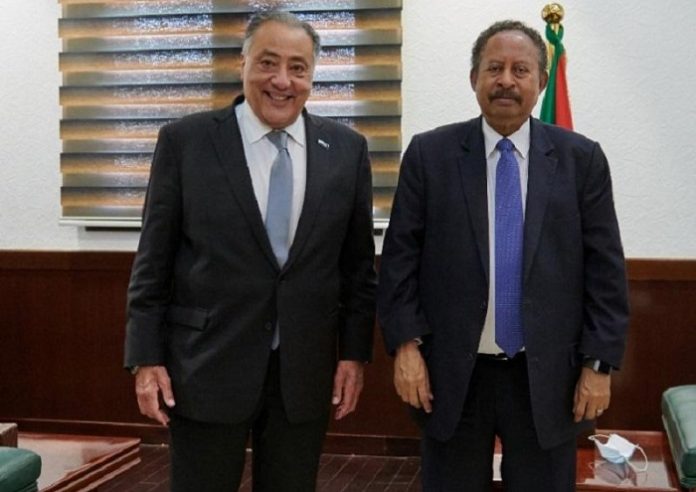 The WB official expressed pleasure at meeting the prime minister following the great success of the Paris Conference on Sudan, which he described as a “very important” event.

“The international community appreciates the government’s efforts for improvement of the economy, fighting poverty and all the other economic reforms,” Ghanem said.

He stated that the meeting with the Sudanese officials focused on the WB work in Sudan and the importance of the infrastructure and investment projects, besides education, health and other government projects.

Ghanem underlined that the World Bank is determined to finance $2 million infrastructure projects in Sudan, during the next 12 months, in addition to projects to help the displaced and returnees.