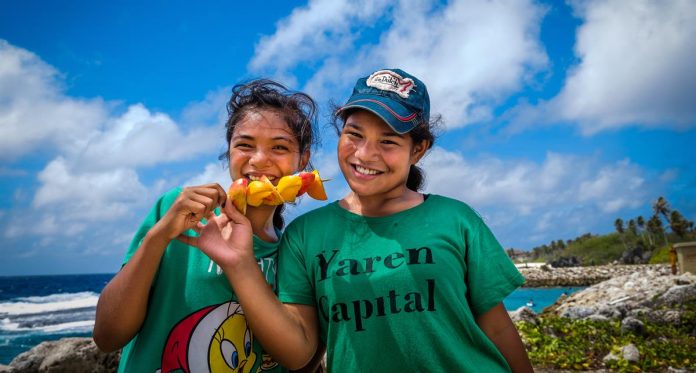 The World Health Assembly has adopted the global strategy to accelerate the elimination of cervical cancer as a public health problem.

The human papillomavirus (HPV) is the primary cause of cervical cancer, and the HPV vaccine is a safe and effective way to protect women against infection from HPV. But as of 2020, less than a quarter of low-income countries have introduced the HPV vaccine
into their national immunization schedules, while more than 85% of high-income countries have done so. Similar disparities are also observed in the establishment of cervical cancer screening programmes.

“Most of these women are not diagnosed early enough, and lack access to life-saving treatment,” said Dr Tedros Adhanom Ghebreyesus, WHO Director-General, when he issued the Call to Action in 2018. “These women are raising children, caring
for their families and contributing to the social and economic fabric of their communities. If we don’t act, deaths from cervical cancer will rise by almost 50% by 2040.”
With the elimination strategy’s adoption by the World Health Assembly, Dr Princess Nothemba Simelela, WHO Assistant Director-General for Strategic Programmatic Priorities, said the resolution presents an opportunity for leaders and advocates
“to end the inequity and restore women’s dignity.”

The path to eliminating cervical cancer

To eliminate cervical cancer, all countries must reach and maintain an incidence rate of below four per 100 000 women. Attaining this goal requires strategic action, and WHO outlines the necessary actions in its global strategy, envisioning a world
where cervical cancer is eliminated as a public health problem and keeping the 2030 agenda on SDGs.

All three pillars must be implemented collectively and at scale to achieve the goal of elimination. HPV vaccination offers long-term protection against cervical cancer. Screening and treatment of precancerous lesions can prevent pre-cancer from developing
into cancer.  For those who are identified with invasive cancer, timely care and treatment saves lives, while palliative care can greatly reduce pain and suffering.

Based on the three key pillars of the global strategy, WHO recommends a set of targets or milestones that each country should meet by 2030 to get on the path to eliminate cervical cancer within the century:

A robust monitoring system, including population-based cancer registries, is essential to keep track of the progress and to make course corrections.

Cervical cancer elimination would also result in positive economic and societal outcomes. By 2030, around 250 000 women will remain productive members of the workforce, adding an estimated US $28 billion to the world’s economy: US $700 million
as a direct result of increased workforce participation and about US $27 billion as an indirect benefit of good health.

COVID-19 could disrupt efforts to reach the targets outlined in the global strategy. In the midst of the pandemic, access to lifesaving treatments remains crucial. It is critical to ensure that essential health services continue, with all appropriate
safety precautions in place, so that no more women die from this preventable disease.

Eliminating cervical cancer is within reach

Cervical cancer stands as one of the world’s greatest public health failures, but through strong action and aligned intervention, elimination is within reach for all countries. The technology and tools exist to prevent this disease, along with proven
measures for early diagnosis and treatment.

“Through cost-effective, evidence-based interventions, including human papillomavirus vaccination of girls, screening and treatment of precancerous lesions, and improving access to diagnosis and treatment of invasive cancers, we can eliminate cervical
cancer as a public health problem and make it a disease of the past,” said Dr Tedros.

The moment has arrived for an ambitious, concerted and inclusive strategy to accelerate the elimination of cervical cancer as a global public health problem. It is our collective responsibility to bring it to fruition: policy makers, healthcare providers,
civil society, the research community, and the private sector all have important roles to play.

Now is the time to act.