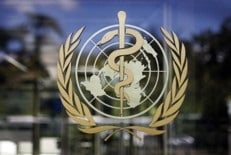 The election process began when Member States, through a circular letter sent by the WHO Secretariat in April 2021, were invited to submit proposals for candidates for the Director-General position. The deadline for submission of proposals was 23 September 2021. The date on which WHO is scheduled to publish information on candidates, including the curricula vitae and other particulars of their qualifications and experience as received from Member States, is to follow the closure of the last WHO Regional Committee meeting of the year.

As today marks the closure of the last Regional Committee meeting, WHO can announce that a single candidate was proposed by Member States by the 23 September 2021 deadline: Dr Tedros Adhanom Ghebreyesus, who is the incumbent Director-General.

During the 150th session of the Executive Board in January 2022, the Board will conduct an initial screening to ensure that the candidate meets the criteria decided by the Health Assembly, interview him and then decide on the nomination by secret ballot. The nomination will be submitted to WHA75.

The appointment will take place at WHA75 in May 2022, also by secret ballot. The term of office of the next Director-General will start on 16 August 2022.

A Director-General can be re-appointed once. Therefore, Dr Tedros Adhanom Ghebreyesus, the incumbent Director-General, is eligible to be proposed for a second term of five years.

Proposals from the 28 Member States and the candidate’s CV and statement can be found here.

Information on process and timelines for the election of WHO Director-General, April 2021-May 2022, can be found here:

Documents concerning the election process for the WHO Director-General are available here.