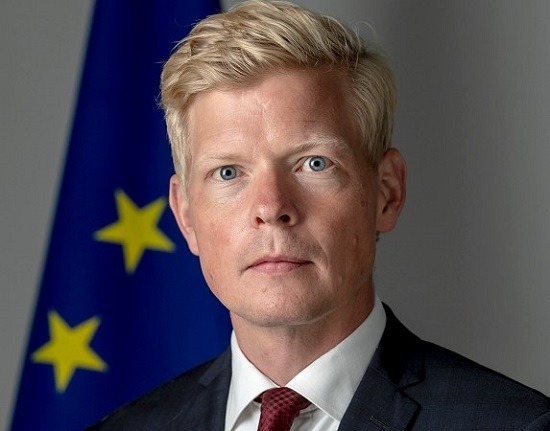 Aden (UNA-OIC) – The Yemeni government has welcomed the appointment of Hans Grundberg of Sweden as the new United Nations Special Envoy for Yemen, to succeed Martin Griffiths of the United Kingdom.

In a statement carried by the Yemen News Agency (Saba), the Ministry of Foreign Affairs and Expatriates reiterated that the Yemeni government will continue to extend its hand to a just and sustainable peace based on the three references agreed upon nationally, regionally and internationally. It ​will also provide all support to the new envoy with the aim of resuming the political process and reaching a comprehensive political solution that ends the coup and the war sparked by the Houthi militias, as well as alleviating the suffering of the Yemeni people who are facing the worst humanitarian crisis.

The ministry expressed the hope that the new envoy, who brings considerable expertise on Yemen and the region, would resume political efforts to achieve a comprehensive ceasefire, in light of the international consensus on the need to end the war and reach a political settlement through dialogue and negotiation.

UN Secretary-General António Guterres announced on Friday the appointment of Grundberg as his special envoy for Yemen. Serving since 2019 as Ambassador of the European Union to Yemen, Grundberg brings over 20 years of experience in international affairs, including over 15 years working in conflict resolution, negotiation, and mediation, with a focus on the Middle East.

He previously headed the Gulf Division at the Swedish Ministry of Foreign Affairs in Stockholm during the time that Sweden hosted the UN-facilitated negotiations that culminated in the Stockholm Agreement in 2018.