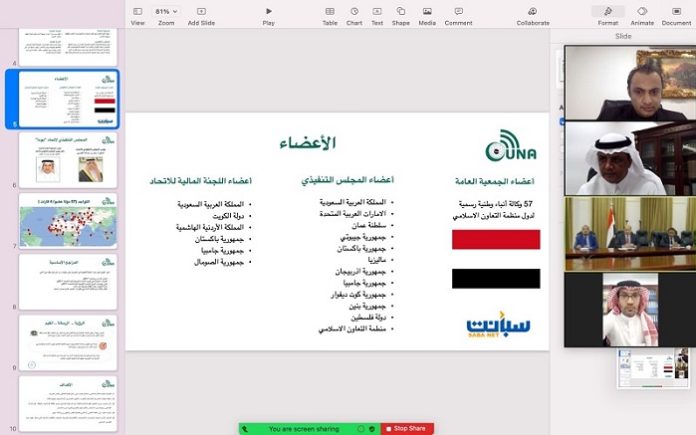 During the meeting, which was held virtually, discussed activating media and training work, and providing an explanation of the Union’s vision in the coming years, which revolves around the role of UNA as a major media platform for member states, and for the advancement of the media industry, based on Islamic and media values that encourage transparency, credibility and tolerance.

The meeting also reviewed the role of the Union in providing strategic media consultancy to member states through representatives of official national news agencies, as well as the UNA plan to hold a series of training sessions for media professionals during the coming period.

For his part, the Yemeni ambassador appreciated the Union’s role in strengthening international media relations between OIC member states, in addition to enhancing professional ties between media workers. He also stressed Yemen’s keenness to provide the necessary support to the Union in order to play its role in the media and cultural fields.

The meeting was attended from the Yemeni side by the official concerned with the OIC file, Saleh Al-Shaeri, and the media attaché, Aref Abu Hatem.