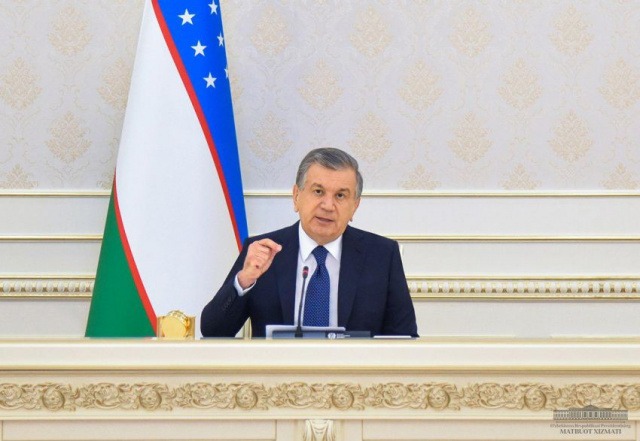 On July 14, President of the Republic of Uzbekistan Shavkat Mirziyoyev chaired a videoconference on increasing the employment of youth and women, providing them with a source of income.

For the past six months the whole world has been living in conditions of enhanced lockdown. In this difficult period, the main problem remains the support of needy segments of the population, providing them with a source of income.

To effectively solve the problems of youth, the Presidential Decree on measures for radical reform and raising state youth policy in Uzbekistan to a new level was adopted on June 30 this year. In accordance with the document, the Agency for Youth Affairs was created, which has necessary powers and financial resources for implementing the state youth policy.

A vertical system for working with women has been created at the Ministry for Supporting Mahalla and Family.

At the meeting, the Head of the state emphasized the importance of addressing the problems of youth and women, as well as outlined areas requiring special attention.

First of all, issues of training and employment of school graduates were discussed. This year, 452 thousand boys and girls will graduate from comprehensive schools. Of these, 70 thousand will be able to get higher education, 85 thousand – professional education. It was noted that even if more than 95 thousand people are employed, it is necessary to provide work for another 200 thousand young people.

Therefore, it is planned to introduce a system of vocational training at schools. Starting from the next school year, school principals and teachers will receive higher salaries depending on students entering the higher education institution, mastering the profession and getting a job. For this, starting from the 7th grade, the interests of students in certain professions are revealed. Students of the 8th and 9th grades will acquire knowledge and skills that will become the basis for mastering such promising professions as a programmer, designer, translator. Starting from the 10th grade, training will begin on such popular professions as robotics and programming.

Instruction was given to establish 136 centers of vocational training in makhallas by the end of the year, to organize short-term courses, as well as to equip 31 vocational training centers. The need was noted for allocating 200 billion UZS from the Anti-Crisis Fund to the Employment Promotion Fund, and training courses should be organized primarily in the makhallas with the highest poverty rates.

The current demand in the labor market and the willingness of young people to provide it were also analyzed at the meeting.

In the new academic year, it is planned to train 215 thousand young people in 339 vocational schools, 212 colleges and 175 technical schools. However, the areas of study in these education institutions neither quantitatively nor qualitatively meet the requirements.

For example, in the context of large-scale construction activity in Uzbekistan, at least 50 thousand professional builders a year are required. However, in 170 construction colleges it is planned to train only 13 thousand specialists.

Despite the launch of the One Million Programmers project, only 12 thousand applicants will be admitted to vocational schools, colleges and technical schools in IT.

Criticizing such shortcomings, the Head of the state instructed to identify the real need for working professions in the labor market in the context of each industry and sphere, to develop a training program for especially demanded professions with involvement of foreign specialists. It was noted that large enterprises and clusters in the mining, metallurgy, oil and gas, chemical, automotive, construction, electrical, pharmaceutical, food, transport and logistics sectors, receiving state benefits and preferences, should themselves create the infrastructure for training workers. Responsible persons were given instructions on this issue.

The Ministry of Employment and Labor Relations has been instructed, together with commercial banks, to organize training for young people in modern agricultural technologies.

As is known, during his trips to the regions of the country, President Shavkat Mirziyoyev visits IT-parks, pays special attention to projects in information technology. Because this sphere has great opportunities for providing young people with highly paid jobs.

This issue was also discussed at the videoconference. Instruction was given to create training centers on information technologies in each district and city at departments for youth affairs and higher education institutions.

This year, target plans for employment of 380 thousand unemployed youth were developed and approved by local councils. As a result, over the past six months, 270 thousand young men and women have been employed. 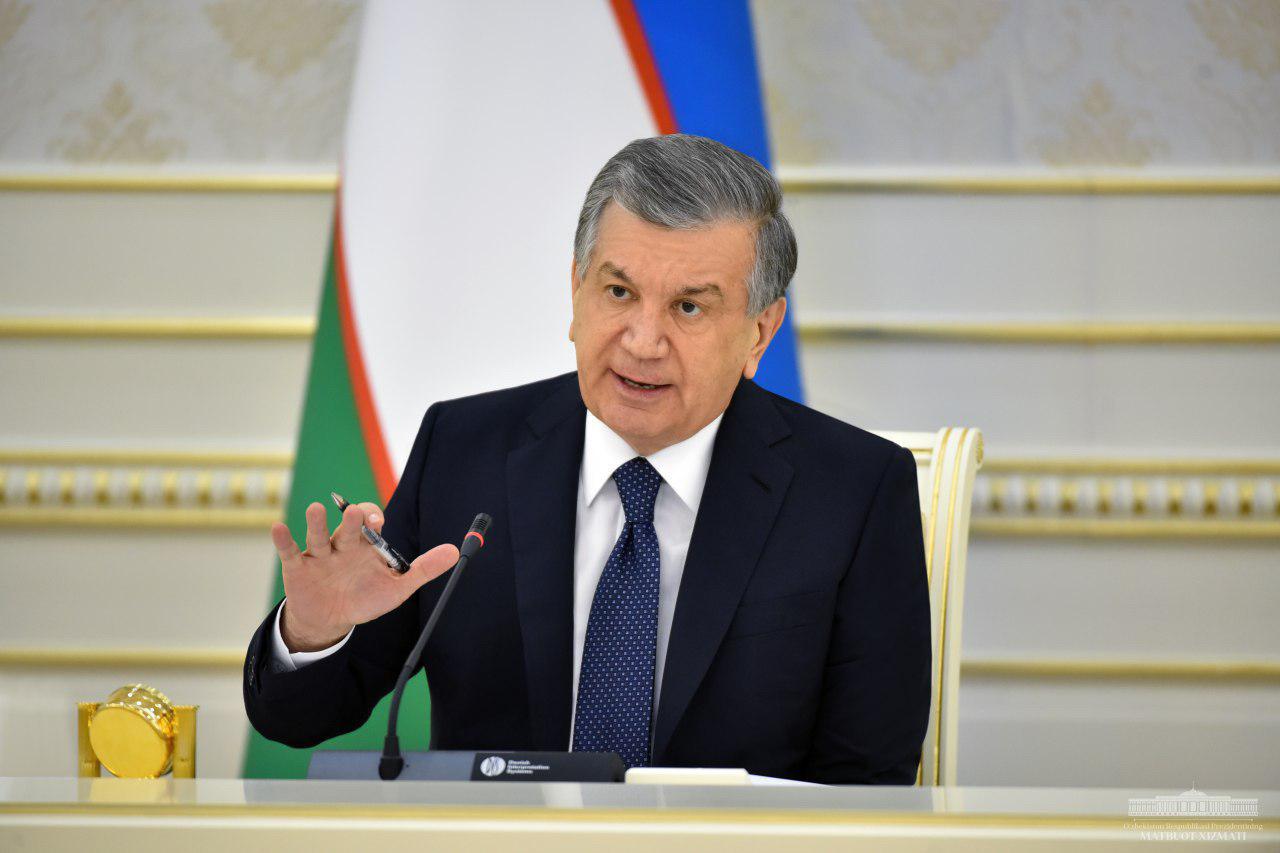 At the meeting it was noted that the implementation of the program is not always carried out properly, responsible persons received a warning.

It was emphasized that by the end of the year it is possible to create at least 10 thousand new jobs through the implementation of 2.2 thousand youth projects worth 360 billion UZS.

Another important innovation for young people will be the creation of a venture fund under the State Fund for Supporting Entrepreneurship. Initially, $1 million will be transferred to the venture.

In addition, by organizing a competition of startup projects, at least 10 best projects in each region, and starting next year, at least 20 best projects will receive grants in the amount from 50 to 200 million UZS. In addition, young people will receive subsidies for construction of wells, the purchase of irrigation equipment, installation of greenhouses, the purchase of seeds and seedlings.

Young entrepreneurs will be reimbursed expenses for consulting services in legal, accounting, marketing, banking and other issues. The President gave instructions to responsible persons regarding these measures.

At the videoconference, attention was also paid to employment issues and improving the social conditions of women.

It was noted with regret that about 20 thousand women in the regions live in difficult conditions, many of them are on preventive care.

The Ministry for Supporting Mahalla and Family has been instructed to organize short-term training courses on motivation and vocational training for 33,380 women.

An instruction was given to form a list of women’s business projects for each district and city, to finance them monthly, to allocate simplified loans and grants within the framework of the women’s entrepreneurship program.

Young people and women intending to receive microloans will be trained in entrepreneurship for free, and 5,000 young people and women will be employed annually. A loan of the Fund for Reconstruction and Development in the amount of $2 million will be allocated for these purposes, which, inter alia, is provided for by the President’s resolution on financing the development of entrepreneurship and small industrial zones, signed on July 14. These funds will be provided to microfinance and non-governmental organizations for the allocation of soft microloans in villages with high youth and female unemployment. Since non-governmental organizations train and create 2-3 times more jobs using fewer resources than commercial banks. The return on loans is also much higher than in banks.

Therefore, it was decided to hold a competition among non-governmental organizations and introduce a system of grants to the best training centers.

The importance of accelerating projects on ensuring the employment of 15 thousand women within the framework of the World Bank funds in the amount of $2 million was emphasized.

Reports of senior leaders, khokims of Andijan, Namangan and Fergana regions on their experience were heard at the meeting.

Ensuring employment of youth and women, creating, through this, sources of stable income for families are the main goal that is laid down in the basis of measures outlined by the Head of the state.