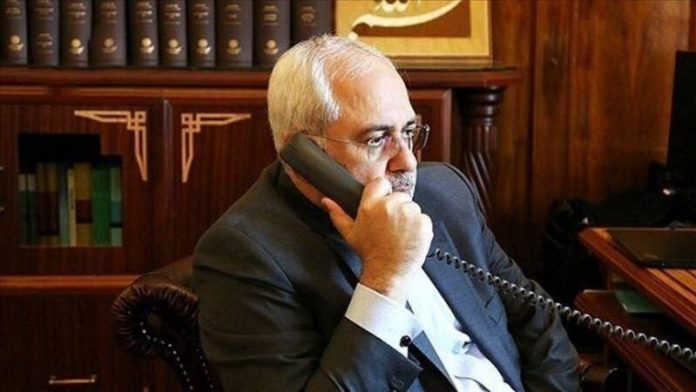 Haniyeh, for his part, appreciated Supreme Leader and Iranian government and nation for their support to the ideals of Palestine, saying that Palestine has always continued the path of resistance and struggle against the occupation and it will not be influenced by such treacherous acts.

However, he added, “We feel pain from this dagger that entered the body of the Palestinian people from behind.”

He also emphasized the need to take a joint stance by the Palestinian officials and groups leaders.

Also on Friday, Zarif said that the international community must recognize Lebanon’s independence and refrain from interfering in its internal affairs.

“I have assured the Lebanese officials that Iran is ready to help Lebanon and not impose anything on it, and that we support the Lebanese people and what they choose,” he added in a special interview with al-Mayadeen.

Recently, several French warships with 700 troops docked in the port of Beirut, and Macron government claims that the presence of these ships and submarines is aimed at providing relief aid to Lebanon.

Zarif arrived in Beirut for talks with the Lebanese officials following a massive explosion in the capital.