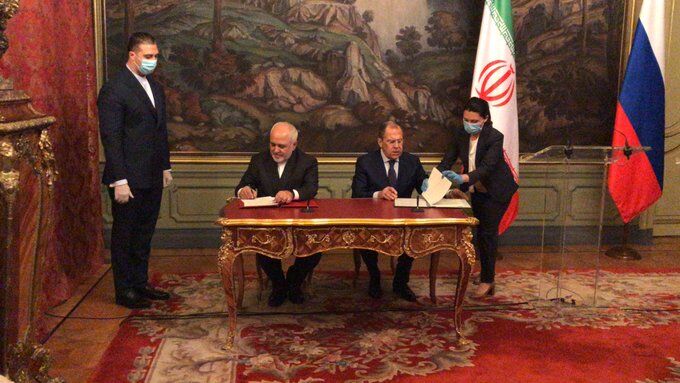 “Iran & Russia are determined to deal with unilateral & illegal approaches to resolve global crises,” Zarif wrote on his Twitter account on Tuesday.

“From joint statement with FM Lavrov in Moscow today, where we reaffirmed commitment to int’l law as US & cronies attack foundation of int’l relations at IAEA & Security Council,” he added.

Earlier, Zarif said we will not let the International Atomic Energy Agency (IAEA) to become a tool for ending Iran nuclear deal known as the Joint Comprehensive Plan of Action (JCPOA).

“We will not let Iran be subject to investigation the documents of which are based on spying claims,” he noted.

Iranian and Russian foreign ministers in a statement on Tuesday underlined opposing the unilateralism of the United States and some of its Western allies in the international arena.