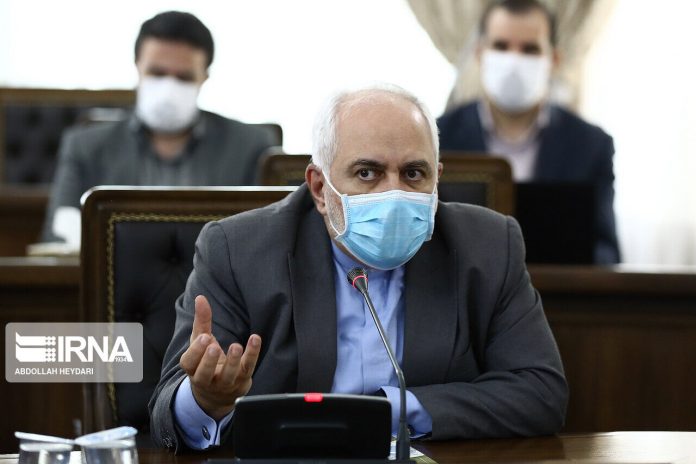 The document signed by Iran and China was the first issue that was discussed, then negotiations process in Vienna and previous day’s incident in Natanz nuclear site were covered in the meeting, said Abolfazl Amouei.

Amouei said that Zarif talked about change of powers in the world and that China will be a big power in the international order and the relations between Tehran and Beijing will change into a sustainable and independent one from political issues of other countries aside.

He added that Zarif said that the relations between Iran and China improved during the Chinese president’s visit to Tehran in 2016 and reached a strategic level.

Regarding the negotiations in Vienna about the Joint Comprehensive Plan of Action (JCPOA), Zarif said that Iran would not accept any intermediary steps and that all the sanctions must be removed and then Iran should verify it, Amouei added.

He also noted that Zarif had said that in the talks there would be no direct or indirect negotiations with the US and that Iran was just negotiating with the 4+1 and thy should demand the necessary measures from the US.

According to Amouei, Foreign Minister Zarif had also talked about the Natanz incident saying that what happened was a nuclear terrorism and could have had damages.

There has been no leakage of material, but they have tried to influence the enrichment process in Ahmadi Roshan Site in Natanz through sabotage the electricity distribution system.