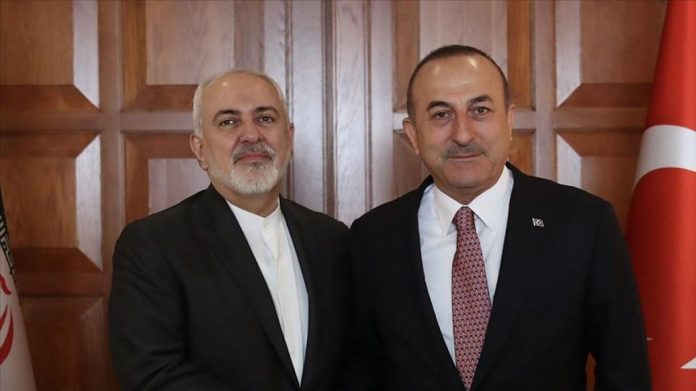 According to the Arabic-language media ‘Al Mayadeen’, Zarif made the remarks Monday in a joint press conference with his Turkish counterpart Mevlüt Çavuşoğlu.

He said that Iranian and Turkish medical teams will stand together in fighting coronavirus.

Elaborating on Iran’s gas exports to Turkey, he said Turkish people will take advantage of Iran’s gas in the framework of agreements.

Commenting on the war in Yemen, he said Turkey is after a peaceful solution for Yemen.

Elsewhere in his remarks, Iran’s top diplomat referred to a virtual meeting on Syria, saying the event will be held aiming to materialize peace in Syria and in the framework of Astana agreement.

Zarif, heading a high-ranking delegation, is in Turkey to examine the ways for bolstering mutual cooperation on regional and international issues.