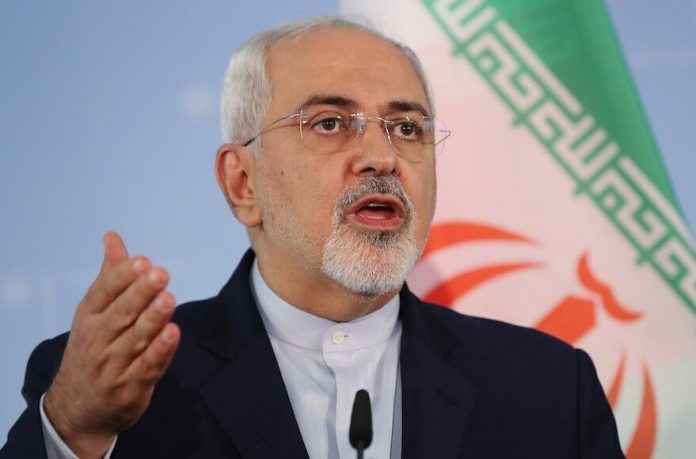 “@AmbJohnBolton has repeated today what he said on May 8, 2018, while National Security Advisor in the Trump administration,” Zarif wrote in his Twitter account late on Sunday.

“At least he is consistent—a trait notably absent in this US administration,” he added.

“US recourse to Dispute Resolution Mechanism in 2231 has NO LEG TO STAND ON,” he noted.

Zarif made the remarks in reaction to former US national security advisor John Bolton’s article in Wall Street Journal in which he undermined US’ decision to activate snapback mechanism against Iran, saying: “The agreement’s backers argue that Washington, having withdrawn from the deal, has no standing to invoke its provisions. They’re right. It’s too cute by half to say we’re in the nuclear deal for purposes we want but not for those we don’t.”

“That alone is sufficient reason not to trigger the snapback process. Why afford any American legitimacy to this misbegotten creature? Further, the U.N. Charter allows no vetoes to decide “procedural” questions, and that is how between nine and 13 members may categorize, and thereby stymie, Mr. Trump’s ploy.”

Earlier,  Zarif said that the US proposed resolution for extension of arms embargo on Iran will not receive vote as the United States has no right to invoke “Snapback” mechanism.

“Snapback” is terminology in the context of the United Nations Security Council Resolution 2231 which endorsed the Joint Comprehensive Plan of Action.

The UNSCR 2231 made the context of the JCPOA into law. The United States withdrew from the JCPOA in 2018 violating the Security Council Resolution 2231 and the International Law.

“The US is no longer a member of the Joint Comprehensive Plan of Action (JCPOA) as it withdrew from the international agreement in May 2018, so it cannot use the snapback mechanism according to the acknowledgment of some American officials,” Zarif added.

The Iranian foreign minister stressed that the US has failed to arrive at a global consensus against Iran.

Through its furtive efforts to change a five-paper resolution to just five lines, the US insults to the wisdom of members of the United Nations Security Council (UNSC), the foreign minister said.