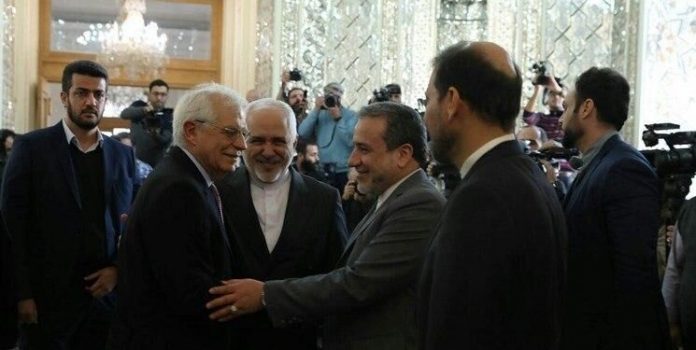 Foreign Ministry spokesman Abbas Mousavi said on Friday that the letter was written following the irresponsible and illegal move by the three European states (Germany, Britain and France) in presenting the draft resolution at the Board of Governors of the International Atomic Energy Agency, as well as the continued non-abidance with the commitments under the deal.

Foreign Minister’s letter warned that any interference in the ongoing cooperation between Iran and the IAEA would be contrary to the provisions of the JCPOA and could have negative impacts on the existing cooperation under the safeguards agreement, he said.

Foreign Ministry spokesman stressed the need to maintain and fully implement the provisions of the JCPOA by all parties, especially the need for Iran to fully benefit from the economic effects of the sanctions lifting system as envisaged in the deal, saying that Iran will take appropriate and proportionate action against any excessive and irresponsible behavior.

Mousavi strongly urged the three European countries to pave the way for maintaining the deal through compliance with it, instead of moving in the direction of the US policy of maximum pressure.